Soul Quest Does It Again

Soul Quest Does It Again 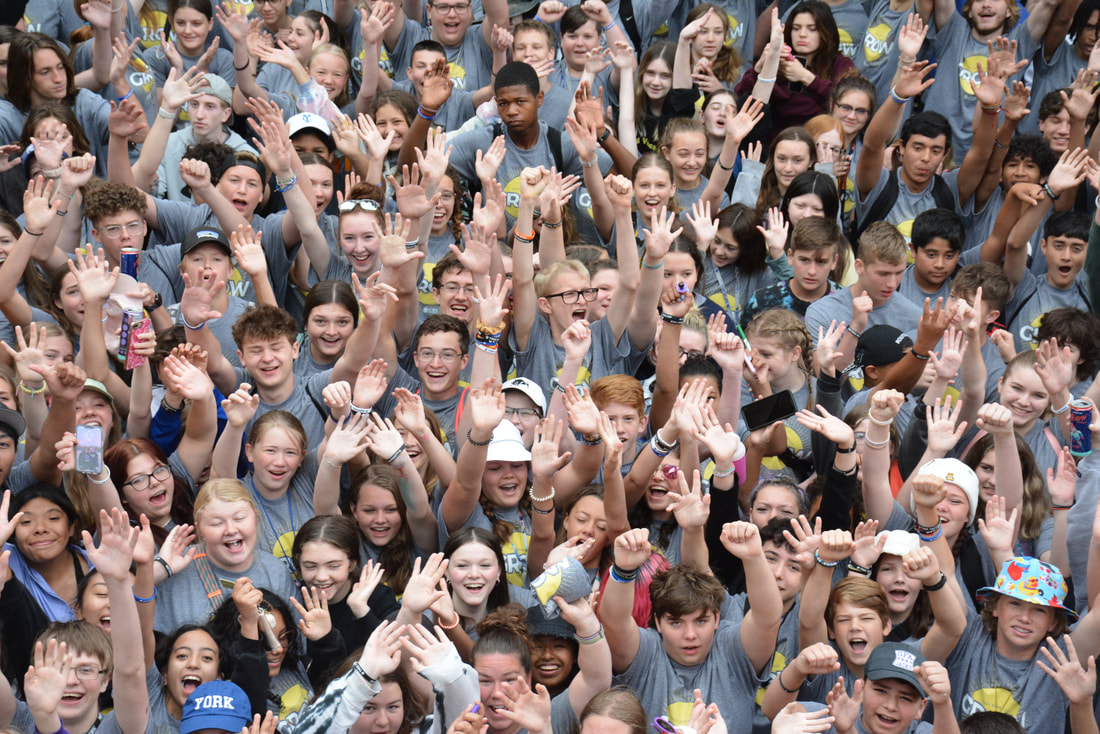 Over 500 middle and high school students, counselors, sponsors, and teachers took part in this year’s Soul Quest with youth groups representing 14 states. One traveled as far as North Carolina to be a part of this encouraging and uplifting week. The singing, the classes, and the fellowship filled the campus with joy, praise, and a ton of laughter. With the week’s theme of Grow, around 20 campers made the decision to be baptized while others sought out a counselor or their youth group minister to pray with them about their faith walk and struggles they were facing.
VIEW PHOTOS
Jonathan Storment, preaching minister for the Pleasant Valley Church of Christ in Little Rock, Ark., and author of How to Start a Riot: Support Your Local Jesus Revolution, was the evening keynote speaker once again. Sean Algaier (’03) led this year’s worship and was one of the speakers featured during the morning assembly. Other York College alumni that spoke during the morning worship were Matt Madole (’02), Caleb “Moose” Smith (’15), Justus Coppinger (’22), and Justin Carver (’07). Besides the morning and evening worship times, campers went to daily classes predominantly taught by youth and family ministers, a wide range of free time activities, as well as group time. The annual service projects had to be cancelled due to Tuesday evening’s hailstorm that hit the community. 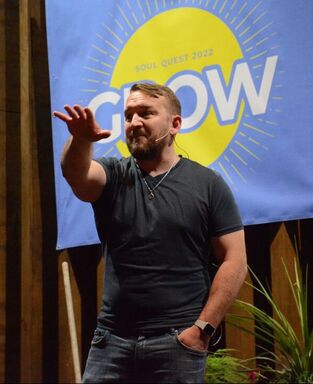 Tim Lewis, who completed his 19th year as Soul Quest director, gave high praise to the campers and staff in their flexibility during a week of weather mishaps, camper relocation, and schedule adjustments. “The attitudes in the midst of a bunch of different circumstances has been tremendous… probably the best that I’ve seen in a long, long time. Everyone has been wonderful to work with,” commented Lewis.

Another thing that was special and evident from the first song going forward was the worship.
“The spirit coursing through this place is so vibrant!” said Jared Stark, co-director of Soul Quest. “We have youth ministers from all over the country that record the worship, to capture it, and take it back home. It’s just so beautiful.”

Algaier was called upon at the last minute when longtime Soul Quest worship leader Andy Spell was unable to attend because of illness. “Sean was on his way to York when he was asked if he could step in for Andy. He did a great job mixing it up and keeping a balance between some fun songs at the beginning and then going deep in our worship together,” said Stark.

A unique feature to this year’s session was the amount of York College gear that was given away during the daily Morning Show. Enrollment counselor Logan Kaliff (’21), known affectionately on campus as the “Swag Master,” threw ball caps, t-shirts, beanies, and other YC items to the waiting hands of Soul Questers. On the final day, a couple of York University hoodies made it into the swag mix to unofficially celebrate the transition to University status.
©