Mountjoy to Leave York College After Three Decades of Service

Mountjoy to Leave York College After Three Decades of Service 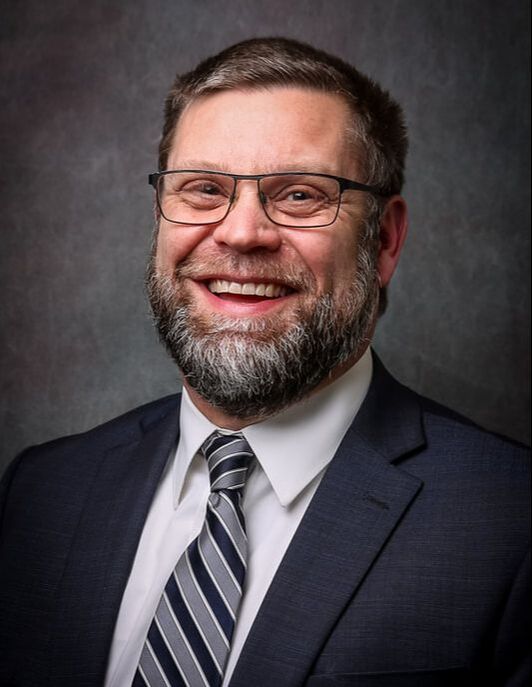 Dr. Shane Mountjoy will step down as provost at the end of the semester, leaving York College after more than 30 years of service.

Mountjoy has accepted a position as associate provost for academic administration and dean of faculty at LeTourneau University in Longview, Texas. His administrative term with YC concludes in May, and Mountjoy and his wife Vivian will move to Texas this summer so that he can begin his new job in June.

A graduate with the class of 1988, Mountjoy began his long tenure at YC in 1990, teaching history alongside Dr. Tim McNeese. Mountjoy finished his master’s in history at the University of Nebraska-Lincoln, then went on to complete the Ph.D. in higher and adult education in 2001 at the University of Missouri.

In 2006, he ventured into administration, taking the role of dean of students. He was added to YC’s senior leadership team in 2009, then promoted in 2010 to vice president of student development. In 2014 Mountjoy was named to the position of provost, and he has served as YC’s chief academic officer since then.

He and his wife Vivian (Stevens ’88) met as students at York College. She has served in numerous volunteer capacities on the campus during their tenure at YC as well as hosting many social events and meals for students in the Mountjoy home. During their years living in the York community, the Mountjoys have raised a family of four daughters, Macy Johnson (‘14), Karlie Mountjoy Jenkins (‘15), Ainsley Eley (‘18) and Tessa, who will graduate from Lubbock Christian University next month. 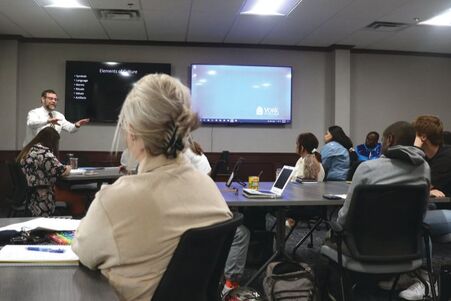 Mountjoy’s family ties to YC extend beyond his own immediate family. He followed his older brother, Todd, to YC, and then was followed by sisters Tammy (King) ‘90 and Shelby (Maxwell) ‘95. Further, Mountjoy’s father and mother, Ted and Janet, moved to York so that Ted could finish his undergraduate Bible degree after more than nearly 20 years in ministry in Wisconsin.

"Vivian and I have been impacted by the mission of this institution since we first enrolled as freshmen in the fall of 1986,” Mountjoy said. “As students we experienced faculty, staff, and administrators who selflessly gave of themselves in the name of Jesus. The example of those individuals deeply influenced us to dedicate our lives to Christian higher education.”

“God has richly blessed us with friendships and memories over the years which include students being a part of our family's life through babysitting, doing laundry, sharing non-Cafeteria chili or waffles for dinner, or simply sitting on a couch to pet a dog and doing homework off campus.”

“There have been many changes to YC over the years, but the common bond for all ‘Yorkies’ from any decade is experiencing the underlying spirit of God-honoring service. That shared experience continues to shape us and we are humbled to have been a part of that experience for others during our time here."

Mountjoy has been an integral part of York College’s growth over the last decade, introducing new academic programs and innovative paths to reach potential student bases. Graduate studies, non-traditional students, and online studies, as well as cooperative education initiatives, have flourished under his leadership.

“Dr. Mountjoy was just so involved with students,” according to Breianna Cortez, a 2021 graduate now in a physician assistant program at Oklahoma City University. “He and his wife were great chaplains for the softball team, and they fed us often in their home.  He was a great listener, and he always promoted personal growth. He judged none but loved all. We have been blessed by his years on the YC campus.”

Due in large part to the current position and strength of York College’s faculty and academic programs, the transition to York University will take place this summer. Mountjoy led undergraduate curricular reform to facilitate the name change. Further, under his oversight, graduate programs grew from 14 to more than 200 students through critical academic partnerships. Also, he helped launch programs such as a summer study abroad and a student scholar leadership program.

“Shane Mountjoy is largely responsible for many of the successes of York College in the past decade,” Chancellor Steve Eckman reported. “His dedication to the College and to serving Christ embodies YC’s mission. In my more than 40 years of experience in Christian higher education, Shane stands out as perhaps the ablest administrator I have served with. His leadership will be missed.”

Mountjoy was also instrumental in assisting Bible faculty member Terry Seufferlein and others to establish an associate’s degree program at the Nebraska Correctional Center for Women to enable female inmates to pursue their education while incarcerated. Known as the Second Chance Education Program, this higher educational opportunity is the only degree-granting program for such inmates in the state of Nebraska.

“Congratulations are in order to Dr. Mountjoy and his new role at LeTourneau University,” said President Sam Smith. “Losing a talented peer with so much institutional knowledge is tough, but also a compliment to have other institutions value our talented team here at YC.”

The search for York University’s next provost is underway. Interested candidates may email their cover letter and resume to  samsmith@york.edu.