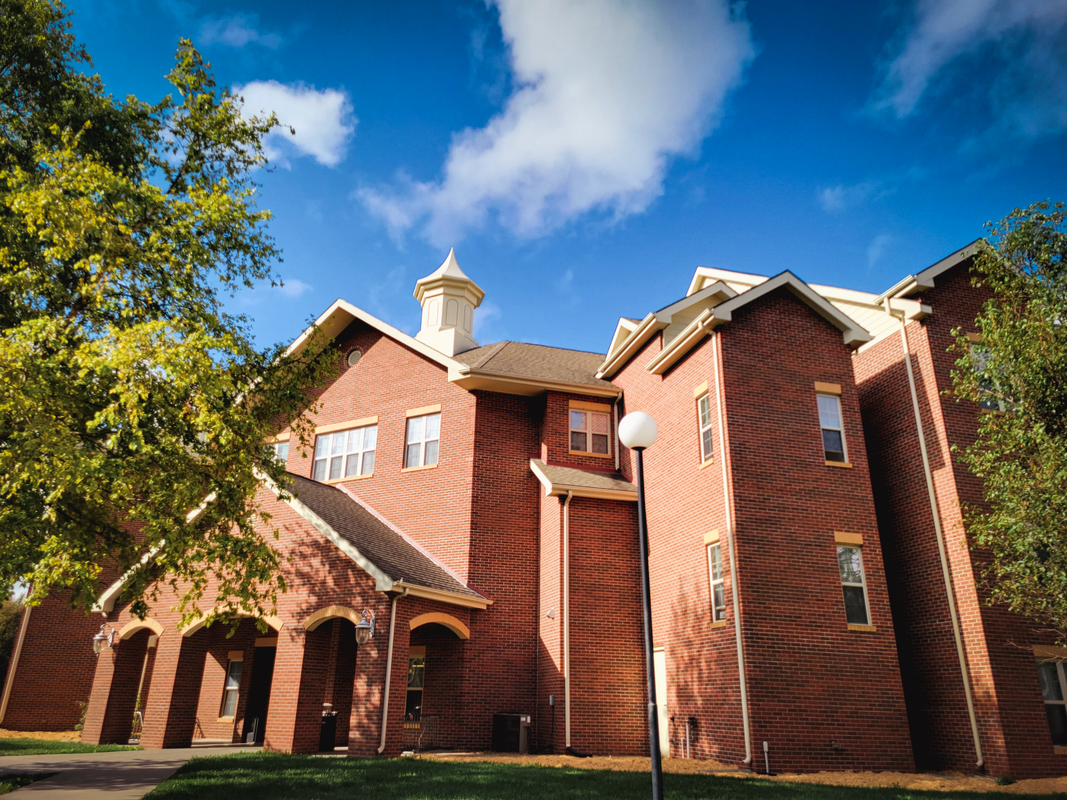 Studebaker Hall, a women's residence hall previously known as the Kiplinger Apartments, will honor Wayne and Harriet Studebaker, longtime supporters of York University who live in Norfolk, Neb.  This most recent endowment gift from the Studebakers will produce sufficient annual earnings to cover ongoing maintenance expenses and assure future students a well-cared-for residential facility for years to come. A special ceremony during October's Homecoming festivities will feature the newly renamed Studebaker Residence Hall.

Wayne Studebaker recently retired from the University's Board of Trustees after more than 30 years of service as a member of that governance leadership group. A civil engineer, he is a retired steel company executive with Nucor Corporation in Norfolk. Harriet served for many years with the Helping Hands women's auxiliary organization that raised funds for student scholarships, among other university needs.

The Studebakers have always considered their support of York University as a partnership of interest and passion for Christian education in Nebraska.  They have also been longtime members of the Norfolk Church of Christ where Wayne has served for more than 20 years as an elder.

The Studebakers have been financial contributors to York University since 1975, having made one of the first major gifts in 2005 to the new apartments being constructed at that time and which will now bear their name.  (The previous moniker of "Kiplinger Apartments" was an unofficial designation that mostly referred to the name of the street on York's east side where the facility is located.)  Also, three endowed scholarship funds bear the Studebaker name, with investment proceeds going annually to assist current students.

"Wayne and Harriet have been faithful, generous and committed in their many years of sacrificial giving and service to York University," President Sam Smith said.  "They have invested themselves in every way possible, with their time and their efforts, with their wisdom and their talents, and with their frequent gifts of financial resources.  They lead by example, and they bless others with the blessings they have received.  Further, they demonstrate over and over the real meaning of a 'partnered passion' for the students of York University.  We simply can't thank them enough."